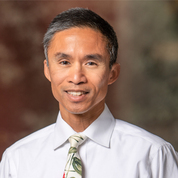 Dr. Avendanio's patients appreciate his gentle touch dentistry that makes treatment as comfortable as possible. He has been in private practice for over 18 years in the Uptown/Turtle Creek neighborhoods and has been named to D Magazine's Best Dentist in Dallas multiple times. Dr. Avendanio takes great pride and integrity in how he treats his patients and staff.

Dr. Avendanio is a 1991 graduate of the University of Dallas where he earned a B.A. in Chemistry. He earned his Doctor of Dental Surgery degree from Baylor College of Dentistry in 1996.

He has been married to is wife Timberly for over 10 years. They have one daughter, Taylor, who attends Texas Wesleyan and plays golf for the Lady Rams. Dr. Avendanio is a life long runner and in his spare time enjoys watching his daughter play golf.

Dr. Avendanio was selected by his peers as an outstanding dentist in Texas and named to the Super Dentists list for the third consecutive year. Dr. Avendanio has also twice been named as a Best Dentist in Dallas by D Magazine.

Meet Our Other Doctor

At Turtle Creek Dental Associates, we work as a team to provide the best possible experience in dental healthcare.